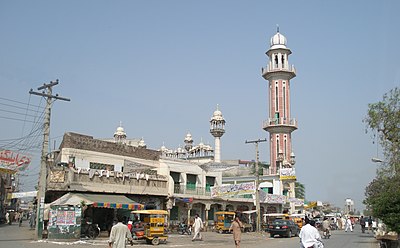 Daska (Urdu: ڈسکہ), is a city in the Punjab province of Pakistan. The city is the capital of Daska Tehsil, one of four tehsils of Sialkot District. It is the 50th largest city of Pakistan by population. It is 29th largest by population in Punjab.