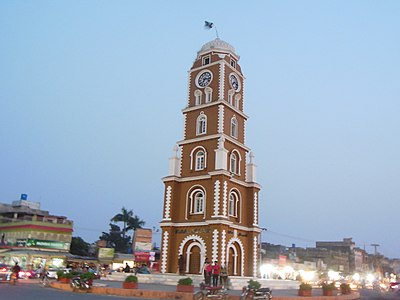 Sialkot (Urdu: سيالكوٹ) is a city located in Punjab, Pakistan. It is the capital of Sialkot District and the 13th most populous city in Pakistan. The boundaries of Sialkot are joined with Jammu (the winter capital of Indian administered Jammu and Kashmir) in the north east, the districts of Narowal in the south east, Gujranwala in south west and Gujrat in north west. Sialkot is believed to